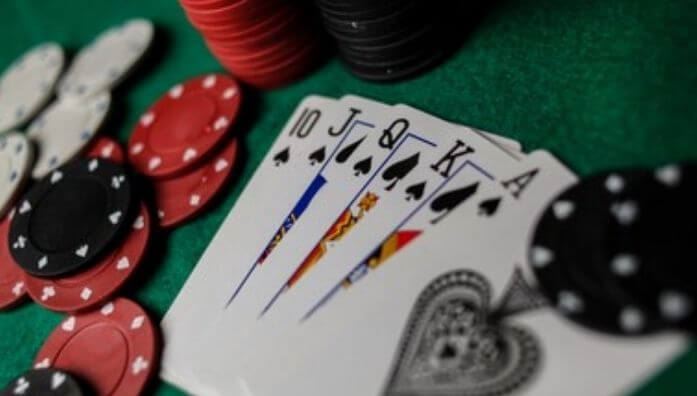 Nothing can be luckier than getting a Royal Flush on your hand. You can call Poker a game of skills and strategies, but you also have to believe that luck is a major factor in pushing you close to the pot. Yes! Indeed luck plays a vital role in beating others on the table and coming out like a conqueror of the pot in the battle of poker.

It is easy to understand that if you have got the best hand, then beating you with any strategy is impossible because ultimately when the curtains will be opened in the Showdown round and all the suspense would be over, then you will proudly expose your royal family of cards and will grab the pot leaving your opponents empty-handed.

So, yes, you can call it a game of hand combinations! Make the best hand and the game will be yours.

If you are a beginner, you must understand the structure of the hand rankings in poker. So, starting with the best poker hand the Royal Flush, we will give you a piece of complete knowledge about the Royal Flush poker and poker flush rules. So, here we go.

WHAT IS A ROYAL FLUSH IN POKER?

Royal Flush in poker is the most valued hand combination of five cards dealt to a player on the table. The five cards must be a combination of an Ace, a King, a Queen, a Jack, and a Ten of the same suit. If any player has got this hand on the table, then he leads the game and becomes a winner.

The Royal Flush is also known as Ace-high straight flush as it makes a straight by having the same suited cards in a sequential order starting with Ace, the highest known card, and followed by a King, a Queen, a Jack, and a Ten. It is the highest possible straight flush and the best poker hands.

Poker Flush rules define the rules applied to the flush hand made by any player in poker.

The probability of getting a Royal Flush is 0.000154% in the Pre-Flop round. As the game goes on the chances increase with each new card dealt on the table. The chances of getting the Royal Flush on the Flop Round are 0.005% on the Turn Round they increase and reach up to 4.256% and finally reach the maximum to 4.348% in the River Round.

Odds Of Having A Royal Flush On The Flop

The possibilities of having a Royal Flush on the Flop are 1 in 19,600 flops that can be possibly dealt on the table. This is a highly rare case.

It is highly unlikely that you get a chance to flop this highest-hand rank. The possibility of flopping a Royal Flush straight draw is much more likely to happen.

Odds Of Having The Royal Flush Postflop

Learning poker hand rankings, calculating their probabilities and odds have never been so easy! 'Play Now' with AceHigh Poker and get to know everything about Poker.