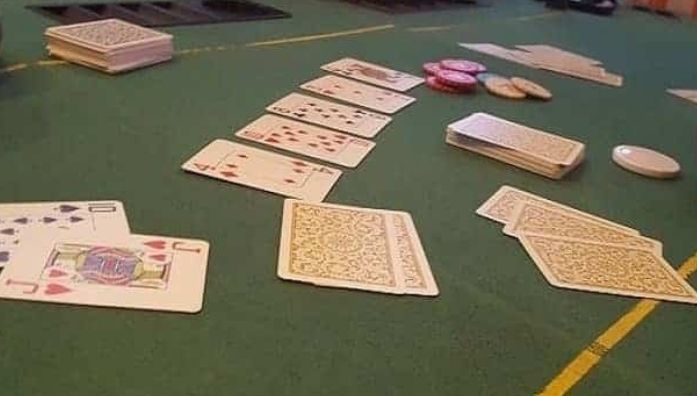 End of the suspense now! We have reached the climax when the real poker man will be revealed who will own all the pot money. Yes, Showdown is the round after all the betting rounds that declares the winner of the pot. So, the wait is over! We are now very close to knowing that name who has been using the right poker techniques and playing very smartly throughout the game.

WHAT IS SHOWDOWN IN POKER? 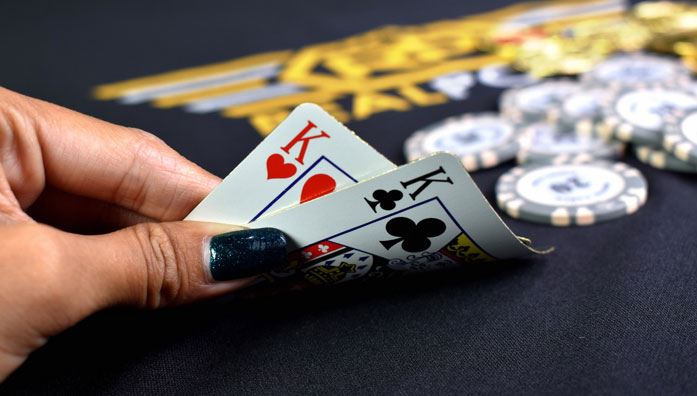 Showdown in poker is the final level of the game where all the players (if more than one) are supposed to expose their hands in order to compare them and decide the winner. The winner of the game is the one who is found to have the best hand in the showdown round. This is also known as the ‘concluding round’ or the ‘decision round’.

WHO DECIDES THE WINNER IN THE SHOWDOWN ROUND? 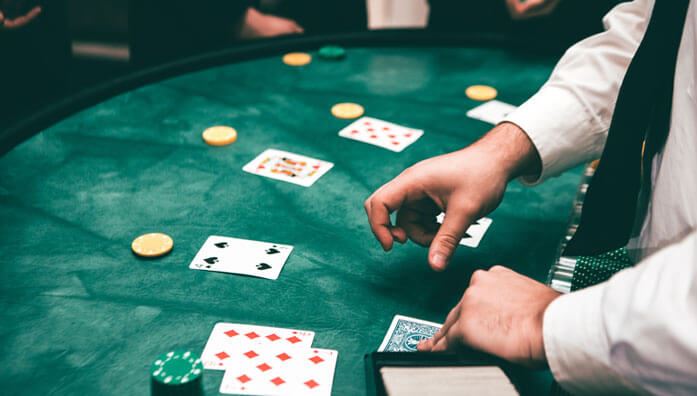 In the case of online poker games, the players left on the table till this round reveal their cards and keep them face-up on the table, and the winner with the best hand is decided automatically by the software. Whereas, if you are playing at a real poker table in Casino, then the dealer who is operating the game will decide and announce the winner by comparing all the hands on the table. In both cases, the decision is fair and easy to take as there is no point of conflict when the hands are exposed on the table.

CAN THERE BE ONLY ONE WINNER IN THE SHOWDOWN ROUND? 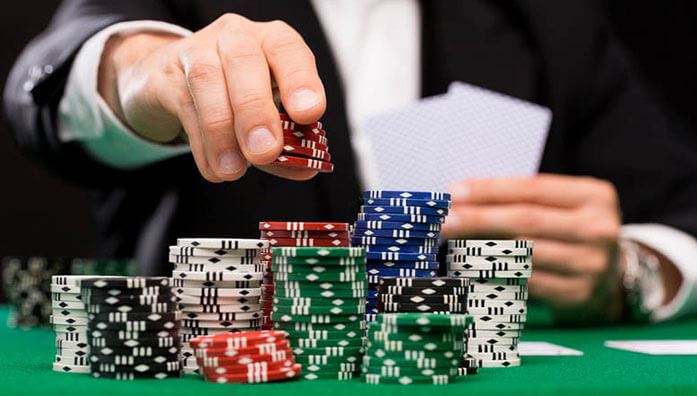 There does not need to be only one winner of the game, however, there may be cases when more than one player or all the players can get the share of the pot.

HOW IS THE POT MONEY DIVIDED IF THERE IS MORE THAN ONE WINNER IN THE ONLINE POKER GAMES? 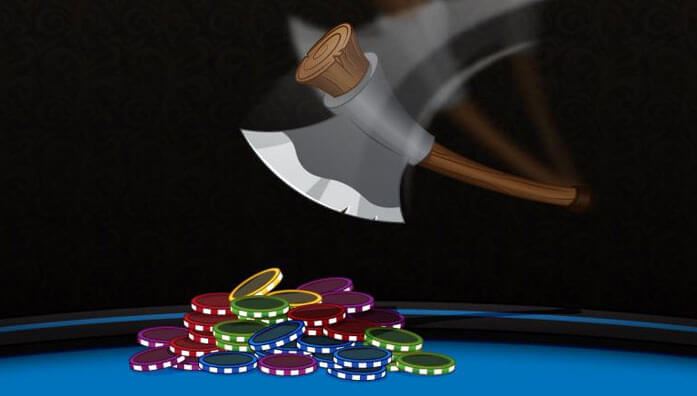 As discussed above, there can be more than one winner in poker games, and the pot money is divided according to the particular scenario. The possible scenarios in the showdown cases can be as follows:

1. If There Is One Winner

There is no possibility of any argument when there is only one player with the best hand is the winner. That player will get all the poker pot money.

2. Two Players With The Same Hand In The Showdown Round

If two players have exactly the same hand in any poker game, then the pot money is divided evenly between them.

3. All The Community Cards Make The Best Hand

It is a very rare case that all the community cards on the table make the best hand, then the pot money is divided equally among all the players on the table.

WHO SHOWS THE HAND FIRST IN THE SHOWDOWN ROUND IN POKER? 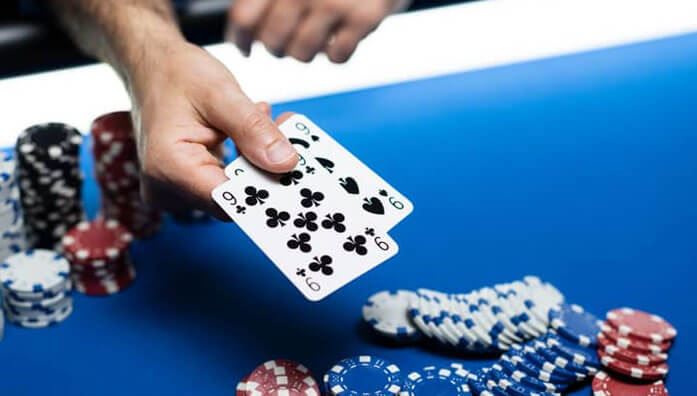 By the end of the game, the poker playing styles and techniques used by the players reveal a lot about their hands in the game. The ones who bet a lot in every betting round may have the best hand and are confident about their win in the game. So, the poker game rules say that the player who placed the most bet or the highest bet or you can say who plays most aggressively is supposed to show his/her cards first in the showdown round.

WHAT IS MUCKING IN POKER? 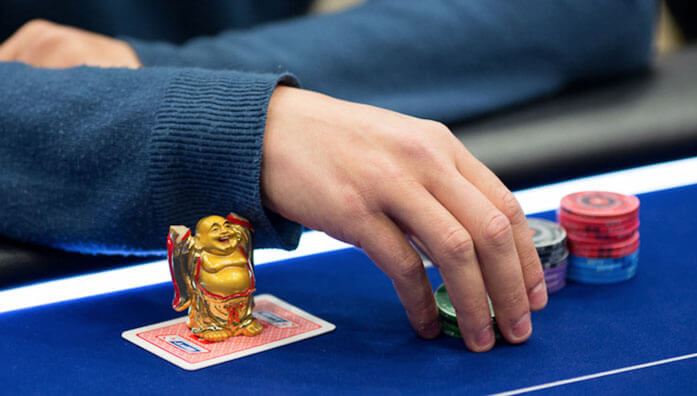 Mucking in poker means discarding the hole cards in case they are unfavorable to you and you opt to fold them, then these mucked cards are thrown to the discarded pile of cards in which burnt cards are also there and this pile is held by the dealer. You are not allowed to reuse these cards. These cards are never revealed on the table.

IS IT POSSIBLE TO MUCK YOUR CARDS IN THE SHOWDOWN ROUND IN POKER? 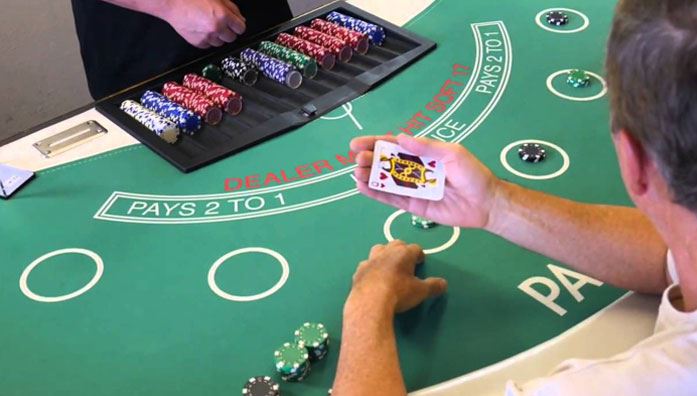 You can muck your cards at any point in the game except for the Showdown round. Since this is the round when you are asked to show your hands and reveal to everyone what cards you have, it is not possible for you to muck your cards in this round. Mucking can be done in any of the betting rounds in poker.

ARE THE SHOWDOWN RULES THE SAME FOR CASH GAMES AND TOURNAMENTS? 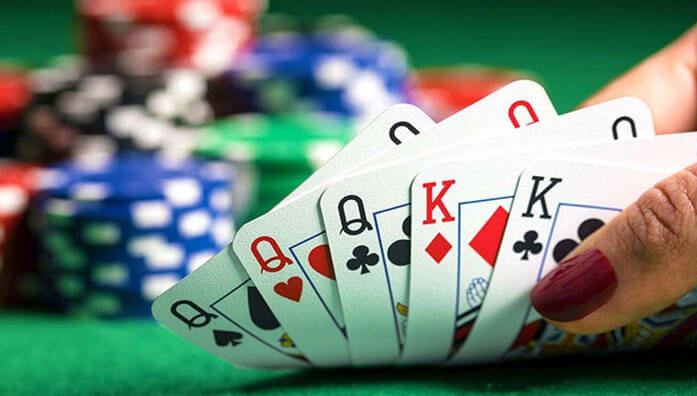 Yes, there are the same showdown poker card rules in the case of cash games and tournaments. The order of the showdown round as well as the rule for showing the cards and dividing the pot money are the same for both.

SOME POKER STRATEGIES TO REACH THE SHOWDOWN ROUND 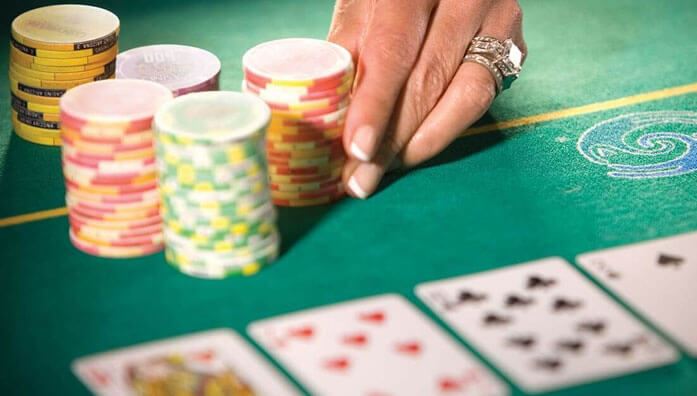 Apart from gaining knowledge, winning is the ultimate goal of everyone who is reading this content. Reaching the Showdown round is not that easy, but if you abide by certain poker strategies, then it’s not a difficult task for you. So quickly go through these basic poker strategies and commit to them to win the pot.


Poker is a fun game and gives you double pleasure when you win some real money online. Learning poker rules and strategies and using them effectively will make your way easy in the poker journey. You can invite your friends and play with them on Acehigh. So, create your table and 'Play Now' with us.