WHAT ARE BLINDS IN POKER?

By hearing this word, you may imagine a table where all the players playing poker are blind folded or blind by nature. That’s funny! It is not the case as blinds in poker have a different meaning altogether.

WHY BLINDS ARE PLACED IN POKER? 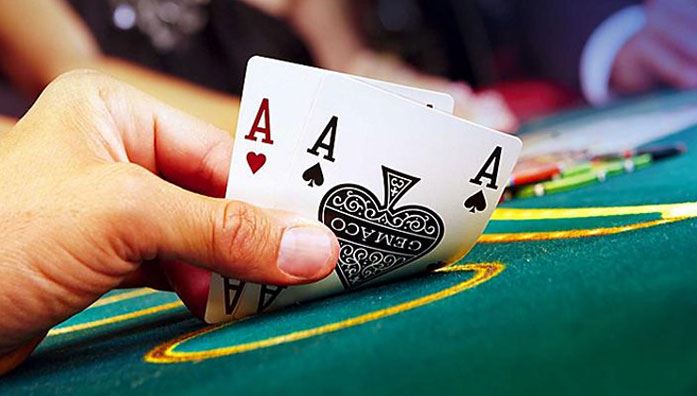 Poker is a game in which real money is involved in the form of betting. Everyone comes with a motive of winning some money from this game. But, if you find the pot to be empty, what would drive you to be in the game? There would be no motivation, even if you have got the topmost hand ranking. So, in popular variants of poker like Texas Holdem and PLO, these blinds are placed to get the players to bring in at least a minimum amount to be in the game. Once the players have put in the money, their goal would be to recover that money by winning the game. Thus, the pot money acts as a stimulator or motivation to the players and hence making the game more exciting and competitive. Blinds in poker decide the minimum stake a player can play for to be a part of the game

HOW MANY TYPES OF BLINDS ARE THERE IN POKER? 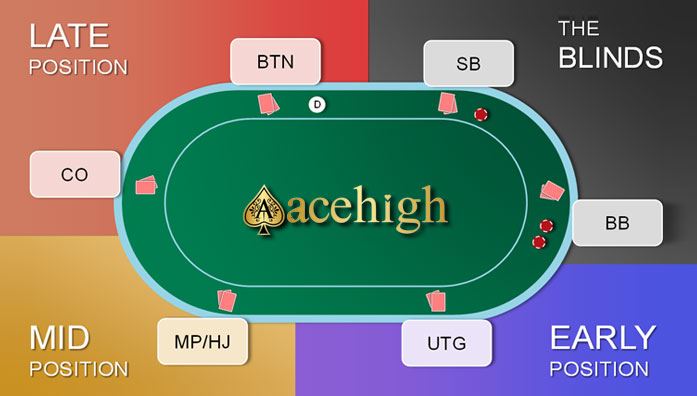 Generally, there are two blinds (small and big), but in certain games, there can be no blind or three blinds as well.

WHAT ARE SMALL BLINDS IN POKER?

Small Blind as explained above plays an important role in starting the betting rounds in online poker games. The first bet is always made by the player who is sitting at a position that is immediately left to the dealer button and is mostly pre-decided for every table you are playing on. Small Blinds are generally half the amount of the bet made by the Big Blinds in Texas Holdem and Omaha games. He/She is the second last to act in the round as the actual betting after the blinds start with the person sitting in a clockwise direction to the Big Blind and hence, enjoys an advantage of being at the position of the blind.

WHAT ARE BIG BLINDS IN POKER? 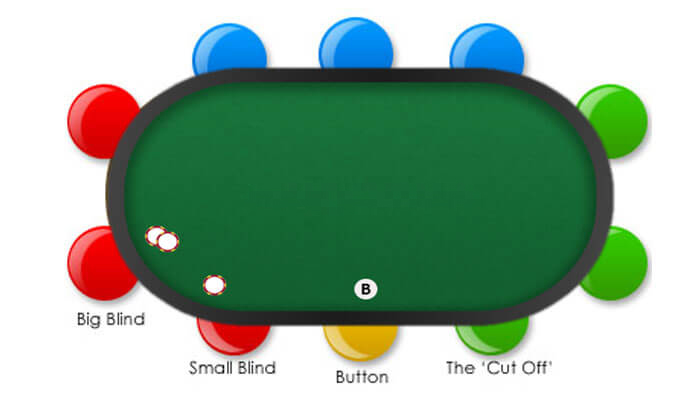 Big Blinds in Poker are the forced bets that are made with the double amount as that of the Small Blind by the player sitting next to the Small Blind and second left to the dealer button. The dealer button keeps on rotating clockwise for every round, and so is the blinds’ position. The amount put in by the Big Blind in the pot as the bet is the minimum amount that a player has to bet in order to play further in the game. For instance, a player doesn’t have a good hand and thinks that he/she would not be able to make it for that hand, so he/she can fold the cards simply for that hand. The bets can be raised, called, or checked by the players as per their skills and smartness. 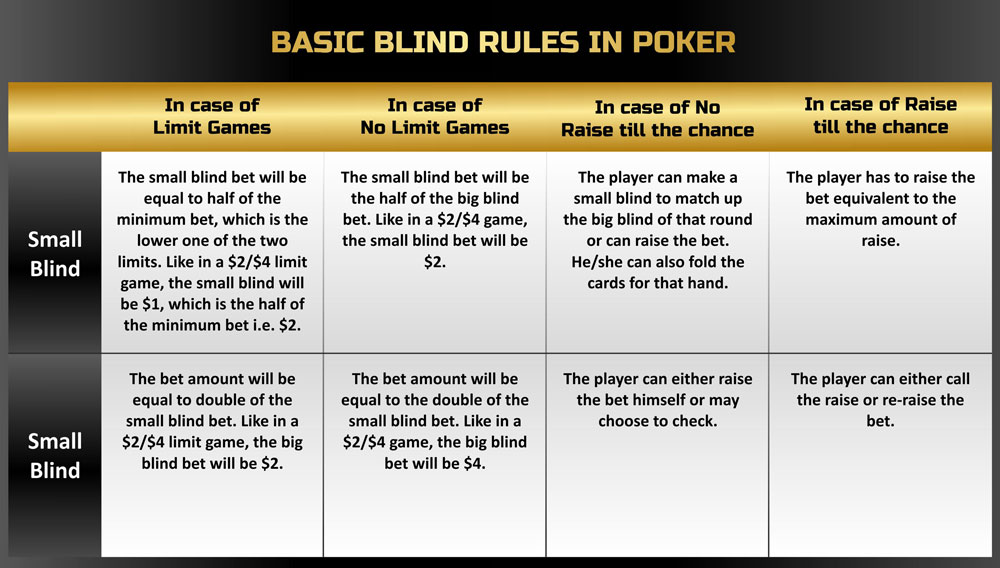 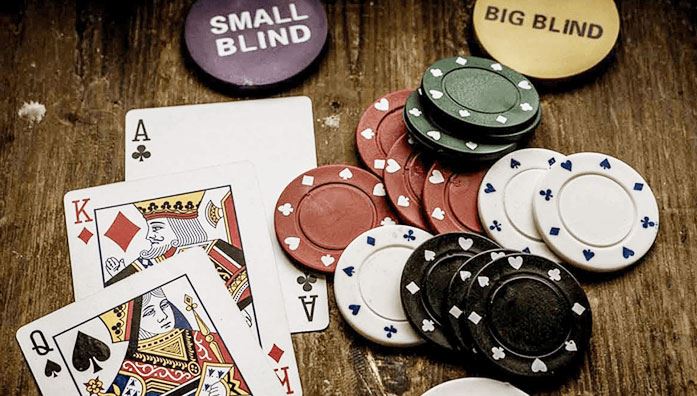 In cash games, the amount for the bets is usually fixed for every table and is not allowed to change during the duration of the poker game. However, the players can unanimously decide before the game if they wish to have a varied amount of blind bets before they start playing. As per poker game rules, a player has to give a minimum buy-in amount to play the game. The limit of the buy-in is generally determined in terms of the big bet for a particular table.

In the case of a cash game, if a player misses the blinds or was not present on the table when the game was started, then that player will be able to participate when the dealer button is passed before the next round. In such a case, if you wish to join the table, you must be ready to post a big blind and small blind at the same time Yes, the big blind will be considered LIVE in this case, while the small blind will be considered DEAD. This dead small blind will not be counted for ‘call’ of any additional bets or ‘raise’ by other players on the table. The same rule is applicable if you miss the small blind. If this happens then you only have to post the dead small blind bet in order to rejoin the game on the table. Rejoining the table under any circumstances will not be allowed in some cardrooms. If you still wish to play, those cardrooms will simply consider your stack and will deal the cards to you. If you do not return to the table till your turn is due, your cards will be automatically folded. In cases where you are due to place a blind bet, chips from your stack will be used for the same. 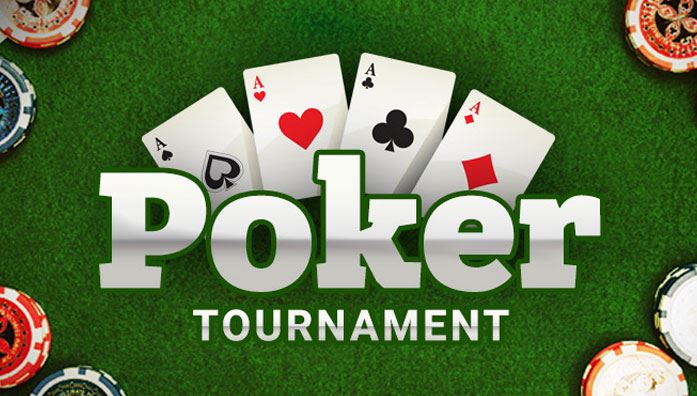 The blind rules are not much different in the case of tournaments.

Blinds in poker tournaments are mainly to boost the players to raise the pot size and also to put a limit on the duration of the tournament. For every tournament, a blind structure is designed that defines the blind rules in poker tournaments. The blind structure will define the duration of each poker round, and also the amount by which the blinds shall increase in every round. So, to stay in the tournament, you need to make a rebuy and increase your chip stack. The bigger the chips stack will be, the more chances for you to stay in the game as it makes you play more aggressively.

The rise in the blind amount is generally between 25% to 50% from that to the previous rounds. Tournaments generally don’t allow you to miss the blinds (go absent from the table). Cards will continue to be dealt to you and blinds (or antes) will be taken from your chips stack when they are due. We hope that you have understood the rules of blinds in poker. So, get your chips’ stack ready to post the blinds on the table and try your hand with us at Acehigh.